Today in Poets Corner in Westminster Abbey, a memorial will be dedicated to C.S. Lewis.  50 years ago today, the beautiful imagination of C.S. Lewis died.

For many, he’s helped see how you can be intelligent and Christian.  His writings are a constant reference for me, not only in the content but simply 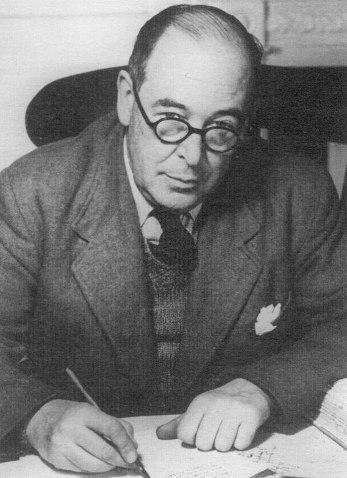 for the sheer pleasure in the reading.  It’s not just the persuasive logic of his arguments, the clear and common observations of faith, but how he then portrays that truth through image and metaphor in ways that linger long in your mind, that help your heart grab hold of.  He both shows and tells in a unique way that’s still to be matched.

To celebrate and remember the gift of this wise apologist and winsome author, raise a pint in memory of Jack.  And enjoy a few memorable quotes from the wardrobe of his imagination (really, where do you stop?):

“To love at all is to be vulnerable. Love anything and your heart will be wrung and possibly broken. If you want to make sure of keeping it intact you must give it to no one, not even an animal. Wrap it carefully round with hobbies and little luxuries; avoid all entanglements. Lock it up safe in the casket or coffin of your selfishness. But in that casket, safe, dark, motionless, airless, it will change. It will not be broken; it will become unbreakable, impenetrable, irredeemable. To love is to be vulnerable.”  The Four Loves

“The sun looks down on nothing half so good as a household laughing together over a meal.”  The Weight of Glory

“If God had granted all the silly prayers I’ve made in my life, where should I be now?”  Letters to Malcolm

“No man can be an exile if he remembers that all the world is one city.”  Till We Have Faces

“There are far, far better things ahead than any we leave behind.”  Collected Letters

“Safe?” said Mr. Beaver; “don’t you hear what Mrs. Beaver tells you? Who said anything about safe? ‘Course he isn’t safe. But he’s good. He’s the King, I tell you.”    The Lion, the Witch and the Wardrobe

“Joy is the serious business of heaven.” Letters to Malcolm

“God cannot give us a happiness and peace apart from Himself, because it is not there. There is no such thing.”  Mere Christianity

“Since it is so likely that children will meet cruel enemies, let them at least have heard of brave knights and heroic courage.”  On Stories: And Other Essays on Literature

“There have been men before … who got so interested in proving the existence of God that they came to care nothing for God himself… as if the good Lord had nothing to do but to exist. There have been some who were so preoccupied with spreading Christianity that they never gave a thought to Christ.”  The Great Divorce

“Everyone says forgiveness is a lovely idea, until they have something to forgive.”  Mere Christianity

“The hardness of God is kinder than the softness of men, and His compulsion is our liberation.” Surprised by Joy

“I didn’t go to religion to make me happy. I always knew a bottle of Port would do that. If you want a religion to make you feel really comfortable, I certainly don’t recommend Christianity.”  God in the Dock

“I believe in Christianity as I believe that the sun has risen: not only because I see it, but because by it I see everything else.”  The Weight of Glory

“When the time comes to you at which you will be forced at last to utter the speech which has lain at the center of your soul for years, which you have, all that time, idiot-like, been saying over and over, you’ll not talk about the joy of words. I saw well why the gods do not speak to us openly, nor let us answer. Till that word can be dug out of us, why should they hear the babble that we think we mean? How can they meet us face to face till we have faces?”  Till We Have Faces

“The choice of every lost soul can be expressed in the words “Better to reign in Hell than serve in Heaven.”   The Great Divorce

“The safest road to Hell is the gradual one — the gentle slope, soft underfoot, without sudden turnings, without milestones, without signposts.” The Screwtape Letters

“The truth is, of course, that what one regards as interruptions are precisely one’s life.”  Collected Works of C. S. Lewis

“All their life in this world and all their adventures in Narnia had only been the cover and the title page: now at last they were beginning Chapter One of the Great Story which no one on earth has read: which goes on for ever: in which every chapter is better than the one before.”  The Last Battle

2 thoughts on “The wardrobe that keeps on giving”